In search of meaning part 2

Back in time with Khun Ann

Khun Ann enters into conversation, as it were, with Vann. They return to that fatal day: January 13, 1970. Vann translates for me as I take pictures, I ask him to change positions, and at times all I can do is stare in fascination at these two tormented people, the mother and her youngest son. At the time, a young mother with her newborn son. They have gone back to that moment, so to speak. I force myself to keep taking photographs.

Khun Ann stops talking. She looks at Vann, she looks at me, and gets up from her hammock. I am deeply impressed by it all, totally blown away. To be allowed in, in such an intimate way, and to share in her sorrow, the lasting grief over the loss of her children.

Oun places the food on the table in front of us, and the three of us eat in silence.

Together, Vann, Oun and Khun Ann walk over to the fruit trees and pick bunches of bananas, mangos, and the stinky fruit durian. Khun Ann makes up the rear, giving instructions, and gets a garbage bag to collect the stinky fruit in.

It is a look into their daily lives, into their mutual relationships and forms of interaction. I feel exhausted and rich with all these impressions.

Back in time with Vann

Following this intimate, emotional encounter with Khun Ann, it is time for a breather.

Vann seems relieved, suddenly becoming more approachable and providing me with further explanation of everything that’s going on. He is eager to show me his old school. It is located 7 miles away, down highway 1. He also wants to introduce me to his cousin, daughter of Khun Ann’s youngest sister. It is with them that Vann went to live at the time. The journey from home to school was too far to travel daily by bike, let alone on foot.

As a ten-year-old, Van was finally able attend school. During the Khmer Rouge period, there was nothing. No school, only life in a children’s group, separated from parents. No clothing and far too little food. There was the cruelty of those that led the children’s group. There was the hard work in the fields, where you might find some edible fruit or plants if you’re lucky.

We head to the house of Vann’s cousin and her family. She runs a restaurant and is hard at work when we arrive. Her reunion with Vann is heartwarming.

Her two daughters are back from school, curious and happy to see Vann. They talk to each other as the work in the restaurant also carries on. More intimate glimpses of everyday life and ways of interacting. They let me take pictures. I follow the youngest girl as she takes a seat in the refrigerator, later dancing along to a cartoon in front of the TV.

We then make our way to Vann’s old school, some 300 yards away.

Back to Vann’s old school

Vann’s old school, just down the road. He is surprised by the new, large, white school building. The old building, along with some annexes, are due to be demolished.

He looks relieved, happy that we are still able to go inside. We walk around the building, as some nearby schoolkids come over to see what we’re doing. We enter an empty classroom and Vann sits down as a matter of course, grabs his phone, and for a minute he is lost in his own realm of thought.

During the civil war (1970-1975), the school building was used to house soldiers. Under the Khmer Rouge it had various different uses. Desks lie scattered across the run-down classrooms.

Vann goes from one classroom to the next, telling me all about when he was first allowed to go to school. Having to take that 7-mile walk, or to cycle along that muddy path in the rainy season. Much too far for an adult, much too far for a 10-year-old boy. He thinks back to that time, a time when he would play with his cousin, and when he hardly ever returned home to see his parents, brother and sisters.

The bombing at the heart of this book

After two very intensive days in Bosthlan Village and specifically with Khun Ann and the family, I am exhausted. Vann isn’t doing much better. We stay overnight in Kompong Thom, a small city that lies between Phnom Penh and Siem Reap. We have dinner together at the hotel, but don’t talk much. We could both do with a day off, and agree to wait until late the next day before we go wandering through Kompong Thom.

For the entire day, it rains. I spend it lying down, sitting or hanging around, strolling back and forth between the restaurant and the cottage, giving Liesbeth a call. I want to go home! Unheard of – I’m the type to always want more, to keep going, to go even deeper. Having taken a look at the pictures, I start to realize just how deeply I have been moved by it all.

Talking on the phone, I come to the conclusion that our conversation about January 13, 1970 – the napalm bomb attack on the family – must lie at the core of my project. Exit Vann, tuk-tuk driver in Phnom Penh. But how, what, and what else? There are no pictures from that time, of the family or of the village.

I want to go home!

The rest of the trip has lost its importance. I advance my journey home to Amsterdam.

Vann is astonished! We aren’t going to Praeh Vihear? Just the next day, we drive to Siem Reap instead and reconnect with Da and his family. Vann and Da have the opportunity to make a proposal for the Cambodia P.A. website. Other than that, nothing more than a nice hotel with a swimming pool. 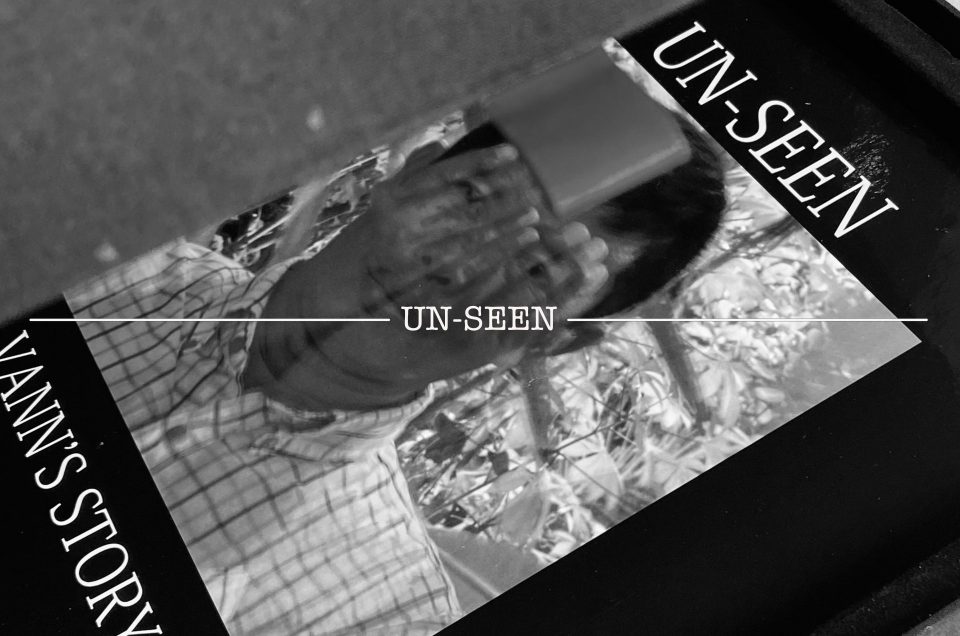